This Chapter of the Encyclopedia is deidcated to the past and present of the human societies of the Known World. Geopolitical context, economy and such things.
Some entry here are courtesy of the Noquiem's Gazette and their correspondents on the field.

The third war has finally arrived.
And on the dawn of the nuclear winter, of the “Great Catclysm”, a group of humanists and philantropists (various artists, philosophers, scientists, politicians etc...) decided to gather all their knowledge, sensitive data, their memories and dreams, their ideas, their plans and sketches or other various artworks, into crystals that have the ability to hold all these kind of information.
All in all, everything that could represent some kind of memory of humanity was held into these gems before our specie would be entirely wiped out from the face of the earth.

But as the fears of these men got confirmed, the Earth finally fell again into silence.

Amazingly at first, the ideas start to adjust to their shell and to take an “organic” shape, mirroring the concept they are supposed to represent.
They finally manage to free themselves from the crystals, while still maintaining a strong bond with them. These ideas now represent the new wildlife of the Known World.

After the decline and the mysterious re-emergence of Men on Earth, it was decided that each grown man and woman would have to go on a one-year journey.
While roaming the forests, towns, lands and swamps around the world, human would learn about the value of life, the importance of mutual aid and the excitments of adventure. All this in the hope to gather enough wisdom in order not to reproduce the same mistakes as in the past, especially those which lead to the Great War.

You impersonate this traveler, and side by side with a Kaode that has been linked to you since early childhood, you will face the mysteries and legends of the Known World, along with other travelers. And sometimes against. 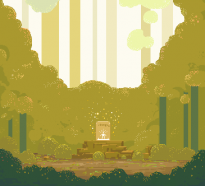 The Kaode adventure is set on Earth in a distant future, at the time when humankind resurfaces, years after a nuclear winter.
These humans discover a new world where nature has reclaimed its rights, over urban areas or futuristic and steampunk cities that collapsed a long time ago.

It's a wolrd of scary and yet melancholic adventures, contending social issues, always bringing new mysteries and treasures on the traveler's path.
The inhabitants of the Known World are living a hard life as they choose or were born in particular places, constantly having to face all kinds of threats (radioactivity, jungle, reclusion, monsters etc...).
Others live in societies or micro-societies, trying to rebuild the world together, under the ruling of different philosophers and communities.

Outside the inhabitited and visited areas, the world is dangerous. Which explains why most people always carry a crystal with them, in order to carry allied Kaodes along with them.
The different towns of the Known World function thanks to a principle of self-management and tradings with the other realms and territories.
This system gave way to conflicts in some places. But still, everyone manages to live together, more or less.

The gazette is the official newspaper of the Known World, informing travelers about the geopolitical context, the economy and all the rest!

Who would've believed that there would be no anarchy, no “coup d'état” or no totalitarian regime after the end of the world? Yeah, at least not right now.

In practical terms, the cities and towns are self-managed.
Of course, this system isn't perfect. Some disparities exist among the people. But one of the upsides of an extremely reduced population is that it is easy to find work, and easier to get along with each other.
A mayor sometimes stands as a decision-maker, it can be the elder, a merchant or even a complete stranger. 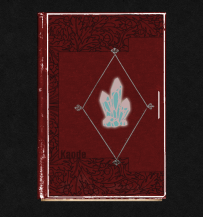 The oral tradition isn't what it used to be anymore. And although science and education didn't have to start from nothing, as the pre-cataclysmic era had been documented, still, no one seems to remember how Men managed to resurface after the nucelar winter.
Did a few groups organised themselves in advanced in order to survive in adapted bunkers? Are the humans of nowadays the result of a successful cloning experience? Did a long-forgotten space colony came back to settle on earth after the radiations disappeared?
No one knows.
But this doesn't stop storytellers, madmen and preachers to speculate!

Be that as it may, not everything was lost. When some basic towns may look like they were built in the 14th century England, you can come across objects and pieces of clothings of every style and times. Anachronism is a common thing in this new society.

And although the project of a railway is under construction since forever, some travelers talk about their encounters with robotic creatures, about now forbidden sources of energy, about a town made out of wheelworks moving on water, and many other fantasies.

Only believe what you see: travel!

Between trades, the establishment of bills of exchange, minted and recast currency, re-minted and placed under royal protection.. Exchange rates are complexe and fluctuate in this world. So much that the reigning princess tries to set a new system of “official” values based on trade, by categorising collected and traded objects according to different colors.
According to this system, the “gold” objects are the rarest, the most precious or most wanted. The “silver” objects are less common objects, on which the trade is supposed to be founded. The “copper” objects are usually some common objects or any kind of knick-knacks, easy to get your hands on.

Psst... I was told that the ration prices was about to increase!

People whisper that Maligor the red was spotted by John Wiltzurg as he was attempting to climb the Skimming Mount for the third time. As he meant to signal his position to the Colored Wizard, the adventurer, famous for his Kaode's collection, had swallowed some snow down the wrong pipe which made him loose his balance.
A partol would have found him lying in the snow, uncounscious.
He is currently resting in the Green Wood's refuge, at the edge of the Hydra's grove.
Numbers of toes left: 7.

We wish him good luck. May his expedition come back hydrated and in one piece.

The ones who claim to be the descendants of the pre-war merchants, these occult art experts, owners of alien technologies will never stop surprising us, and emptying our pockets.

In the game, don't hesitate to check your journal. It contains precious informations and will help you locate yourself, as well as follow the latest news on the events and context of the World. 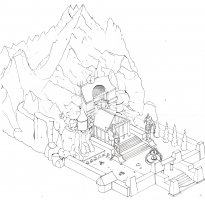 Some rumors pretend that a gigantic library would have been spotted in the mounts, East from the capital city of the Known World. Ghosts, antique statues, endless piles of books... what?!
It's necessary to go check it out, people are talking nonsense.

The word is out for those who want to find out more!
Litterally.