This chapter may help you prepare for your journey, and maybe survive it without harm.

Every good hiker will tell you so: before going on a journey, a traveler needs to gather the minimum gear and the maximum food.

A “ration” is a unite that defines how much of this “gear” the traveler consumed when travelling around the lands of the Known World.
Some field-types require a particular type of ration, more or less consuming, depending on what will occure during the adventure, and they can even slow the traveler down.

Rations can be stolen, expire or be devoured by wild creatures when you're no watching. So don't let them lying around. 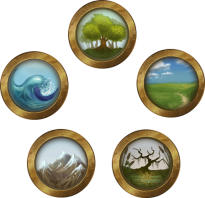 The field types symbolise the different atmospheres and “natural” territories of the lands in the Known World. Their are 5 basic filed-types and... some other particular fileds which are more or less rare.
We'll let you see for yourself.

Attached to them are the Kaodes and the traveler's home.
The player's first Kaode belongs to the basic field-type that was selected when the characters was created. 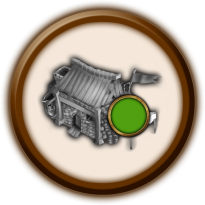 The Known-places represent the different places of the Known World which the travelers can access.
When entering one of them, the character will found a description of his arrival and some other informations about the general atmosphere, the architecture and the general vibe this place is sending.

A serie of options will then follow on the left of the screen.
The player can recognize the different options thanks to their different icons (the moon for sleeping etc.).
Clicking on an option will lead to a dialog, an action or a choice (quest proposition, purchase, dialogs choices etc.).
Moreover, a traveler accessing new situations or taking a path that was unattainable (invisible?) for him until then, will receive an experience bonus.

It ain't easy to rest in a world filled with strange creatures, with all kind of cut-throats and when one is always exposed to the elements, is it?
To represent the sometimes hard conditions in which the travelers seaks some rest for his body and creatures in Kaode, there is a scale counting 5 types of sleep. Each one of them increases the vitality points of the traveler's active Kaodes up to a precise percentage. 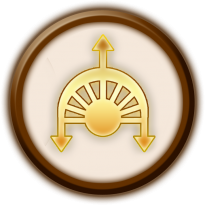 As the resurfacing humanity still lives under particular conditions, there isn't yet a defined currency?
A trade system has been set, and three different colors level the rarity of the “objects” found in nature.

Travelers often find objects in the different known-places of the Known World during their journey. These objects represent their main source of trade with merchants.
But a travaler can also work in order to gain enough to feed himself.
When a player works, he can choose for how long in minutes, during which time his character can't do anything else (unless maybe checking his Kaodian Library.. we're not monsters after all).

In both cases, the player receives the sum due to him with for example such articles:
7 art robots
8 copies of the Kaode game on a diskette.
192 windscreens.

The battles can be wanted by a traveler, or occure at random during his wanderings in the different territories of the Known World.

In Kaode, “death” or K.O. During battle means the following for the traveler: 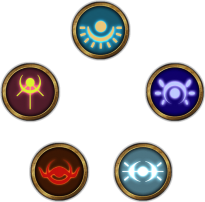 As he faces many situations, the traveler will gain more and more experience, allowing him to level up. When this happens, he can choose to increase one of his 6 basic statistics by one point.
These will automatically shift to all his Kaodes during a fight, and be multiplied by 3 when the traveler himself takes part in the battle.
Also, when creating his character, each traveler chooses an archetype for his traveler. These represent the different kind of way you can approach the Kaode adventure: exploration, adventure, community or collection and creature fight.

Each of these archetypes has its own particular evolution tree.
When it reaches level 15 and then 25, the traveler's archetypes will step on one of the personal branch of his tree. 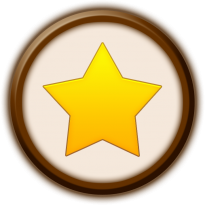 TO COME
At level 10 and 20, the player chooses a “specialization” for his character.
It represents a caracteristic that defines the experience the traveler gained on his adventure.
Did he learn to fish? To track? Did he loose a leg?

It's up to you to decide who you impersonate. 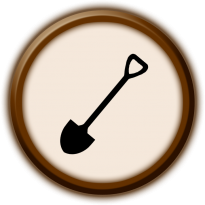 Various equipments, rations and objects will help you during your adventure.
They are divided into 5 categories, and they're likely to offer a bonus for fights, travel or regenerating Kaode or the traveler himself etc.
You can acquire them in a shop, but beware, the player can only carry one object at a time.
It is possible to link them to a shortcut on your keyboard throught the object file or the game's parameters. 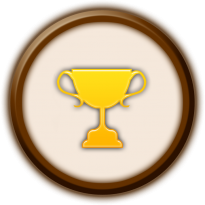 Achievments are rewards the player gains when he accomplishes a certain amount of tasks, or when he explores or takes part in a certain phase of the game.
Or certain quests.
There are 5 different types of achievments, and they can allow certain Kaode to level up, or to access different parts of the world, or to unlock a small bonus or improvement.

In Kaode, many citizens are “forced” to go on the same journey as you.
Also, and even if each one's story is personal, it is nice to be able to meet and exchange in certain social places of the Known World.

Knowledge is a true weapon here: don't hesitate to help or to get help from other travelers.